Find your preferred gift pack in our shop

A tasting between olive trees

As written by Neus Palou and Alba Rodríguez from La Vanguardia news that have come to Els Toms to interview Venanci: Olive Oil taster: “ Hidden sensations, aromas and tastes” Venanci Guiu since very young has been dedicated to the production and olive oil tasting. Thanks to the experience and many hours of study has […]

On May 11, 2011 in Toronto, in SIAL Canada’s frame there were announced the results of Olive d’Or, the contest for extra virgin olive oil that is celebrated since 2005. And this 2011, Olicatessen has been awarded with the gold medal, or as they say “Goutte d’Or“! Again in the first row of the best […]

Molí dels Torms in the Press

As a result of the prize received by the Ministry of Agriculture, Rural and Marine, many media have made mentioned this award. Since many of you are asking us for a brief summary, here it comes! Molí dels Torms, premio al mejor aceite de oliva virgen extra ecológico de España. Gestion restaurantes. Noticias. http://www.gestionrestaurantes.com/noticies.php?id=10323&tipus=3 Medio […] 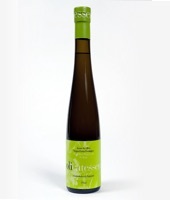 Dive into a new way of enjoying olive oil